The Comana Reserve brings together the Butcher’s Broom (ruscus aculeatus) Natural Reserve, the Peony (peonia peregrina) Scientific Reserve and the Comana Pond into a single natural park. Relatively close to Bucharest, this is an oasis of relaxation and a way to escape the day to day rush.

The Comana Reserve brings together the Butcher’s Broom (ruscus aculeatus) Natural Reserve, the Peony (peonia peregrina) Scientific Reserve and the Comana Pond into a single natural park. Relatively close to Bucharest, this is an oasis of relaxation and a way to escape the day to day rush.

The Comana Park was born in 2004 when, based on scientific documentation, the Comana Pond joined the two reserves: Peony and Butcher’s Broom. Together, these three protect areas of great floristic, faunistic and avifaunistic importance. However, there are few people who know that the Comana Natural park is like a second Delta for Romania, from the perspective of its biodiversity.

The Romanian Academy has taken measures well before this date, to make this area into a natural reserve in order to protect the two flora reserves.

The Comana Reserve is the most extensive protected area in the Wallachian Plain. The most important reason for the creation of this reserve is the ecological restoration of the areas destroyed uncontrollably by mankind.

The reserve stretches over 24,963 acres divided as follows:

The protected areas are the two reserves, as follows: the Butcher’s Broom Natural Reserve, 258 hectares wide, and the Peony Scientific Reserve with a total surface area of 227 acres.

From the above we can see that the reserve also includes grasslands, arable land and pastures. This is because although the reserve is a protected area, it includes 5 villages: Comana, Vlad Tepes, Budeni, Falastoaca and Gradistea. However, their inhabitants are only allowed to use certain lands designated by law, for farming and grazing.

The three main areas of interest for tourists can be defined as follows:

The Comana Pond, which is the third largest humid area in Romania after the Braila Small Pond and the Delta. There are 141 species of birds and another 13 species of fish here. The European mudminnow and the European chub are two of the species that can only be found here. 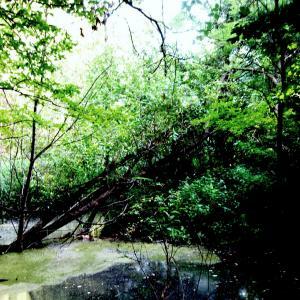 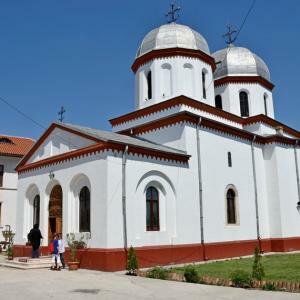 The Comana Monastery was erected during the reign of Radu Serban, in 1588, and later restored by Serban Cantacuzino in 1700. The monastery is built on the remnants of the walls of a monastery founded in 1461 by Vlad Tepes. The remains of the rulers Radu Serban and Nicolae Patrascu, son of Michael the Brave, and also the remains of the Cantacuzino Family can be found here. Only a few remnants of the church built by Tepes still stand after having been restored.

The peony and butcher’s broom scientific reserves. Butcher’s broom is found in Comana commune and also in the Oloaga Gradinari area. It grows at the base of trees, so it can be spotted while walking in the area. It is of Mediterranean origin, but specialists believe that it grows and thrives here because this is where two microclimates overlap.

The peony reserve, called Tatar Forest, is found only a few kilometers away from Comana, in Mihai Bravu commune, and the flowers here are different from the garden peony, due to their bright red color and fewer petals. In this area, locals celebrate the peony accordingly, in the month of May, by organizing the “Peony Celebration”.

In the Calugareni Commune, located within the park, there is also a lily-of-the-valley reserve which is not a protected area however, because it was not considered at the moment when the documents were drafted. 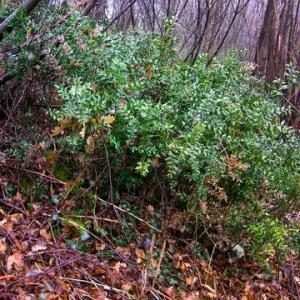 Within the area of the park there are countless species of flowers and animals identified and later protected. A big part of these are on the European Red List. The following have already been identified here:

USEFUL TIPS WHEN TRAVELING THERE

If you want to escape the capital, it takes less than an hour to get here. With only 40 km between them, you can say that Bucharest is a stone’s throw from the Comana Natural Park. To get here, leave Bucharest on Giurgiu highway and turn left in Calugareni. Only Branisteni and Budeni stand between you and Comana, but the easiest way is to just follow the road that leads to Gradistea Commune.

The ticket price is 3 lei per person, and another 15 lei if you want to get in by car. There is a 27 RON/day per person fee for taking non-commercial photos. The visitors can also rent kayaks, motorboats or dinghies, tents and sleeping bags if they want to camp here.