Discover why Bucharest is called the Little Paris of the Balkans.

Discover why Bucharest is called the Little Paris of the Balkans

The George Enescu National Museum is located in one of the most beautiful buildings in Bucharest, the Cantacuzino Palace, on Calea Victoriei at no. 141, which was built between 1901-1903 by the former mayor of the Capital at that time, Gheorghe Grigore Cantacuzino. The Cantacuzino Palace then belonged to his son, Mikhail Cantacuzino and his wife, Maria. 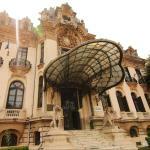 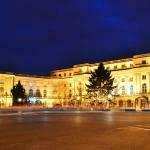 National Museum of Art of Romania

The National Museum of Art of Romania has three art galleries the Gallery of European Art, the Gallery of Old Romanian Art and the Gallery of Modern Romanian Art, with works presented in an attractive and modern way. The history that the building carries with it makes this visit a journey in time, because on the place where today is the Kretzulescu wing, build between 1812 and 1820, a house of impressive proportions for contemporaries.

The Romanian Athenaeum is a concert hall in the center of Bucharest and a landmark of the Romanian capital city. This building was one of the reasons why Bucharest received the nickname of Little Paris.

The Romanian Athenaeum was built between 1886 and 1888, designed to accommodate the specific activities carried out by the back then called the Romanian Philharmonic Society (an institution founded in 1868). 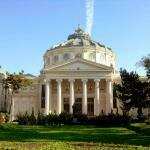 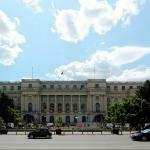 On Calea Victoriei, near the Kretzulescu Church is the former Royal Palace, a building that impresses with its architecture and history.

At the beginning of the 19th century, near the Kretzulescu Church, the house of Dinicu Golescu was erected. This was to be the royal residence of Alexander Dimitrie Ghica (1834-1848), of Alexander Ioan Cuza, after the Union of 1859, and of Prince Carol I of Hohenzollern.
Carol I considered that a king needs a residence to the extent of his dignity.

The Kretzulescu – Cretulescu church, considered one of the most valuable architectural monuments from the end of the Brancovan period, is one of the oldest churches in Bucharest. It was built between 1720-1722, through the efforts of Iordache Kretzulescu and his wife, Safta, the daughter of  Constantin Brancoveanu. 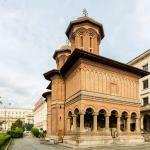 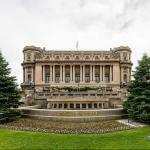 The CEC as an institution was established in 1864 by a law initiated by Alexandru Ioan Cuza. At first it worked in various buildings, after which in 1875 the construction of its own headquarters began. On the site of the CEC today was the church of St. John the Great, which was demolished to make room for the first construction. CEC developed rapidly, so that the old headquarters becomes inadequate. 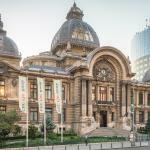 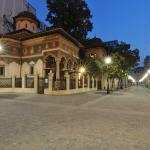 The Stavropoleos monastery includes, besides the church erected in 1724 by the Greek Ioanichie, the premises built at the beginning of the 20th century, by the architect Ion Mincu. Initially only a simple inn was built, the place soon became suitable for a holy place of prayer. Many of the well-known inns located in the center of Bucharest had churches or monasteries in the middle of the inner courtyard; in fact, few have appeared as annexes of churches and monasteries, erected by egumeans to increase their incomes.

The Old Court is the first royal court in Bucharest and became inoperative after the 1718 fire and after the 1738 earthquake. The entire Royal Court consisted of a palace – the Voievodal Palace, a church (the “Good News” Church, later known as the Old Court Church), houses with reception halls, royal chancery, stables and gardens. Not many details are known about the founder of the court, but according to the opinion of the researchers who have studied the history of Bucharest, the court seems to be built by Mircea cel Bătrân, somewhere at the end of the fourteenth century and the beginning of the fifteenth century. 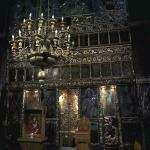