The “must see” of Bucharest

Suţu Palace is one of the oldest aristocratic residences in Bucharest, as well as one of the very few buildings which have remained unchanged for over 150 years. It was built between 1833 and 1835 by Costache Suţu, according to the designs of architects Conrad Schwink and Johann Veit.

The palace’s interior was designed in 1862 by Karl Storck, renowned sculptor and decorative artist. 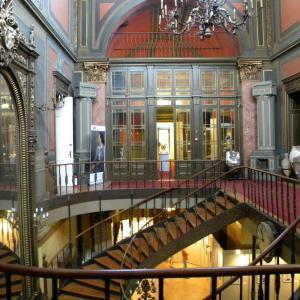 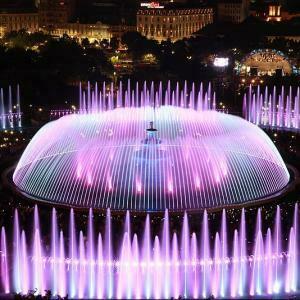 Unirii Square in Bucharest is crossed by the boulevard with the same name, which was built in the communist era, under the name of “Victory of Socialism Boulevard” and was inspired by Champs-Elysees in Paris. Unirii Square was built on the site of former huge halls built at Alexandru Ioan Cuza’s orders. In the 1930s, during the reign of King Carol II, some of these halls were demolished and green spaces with flowers and artesian fountains were set up in their place. Over time, in this area there were conducted massive constructions as part of the modernization plan developed by the former communist regime, which completely changed the landscape of Bucharest.

The Patriarchal Palace, known in the communist period as the Palace of the Great National Assembly, is a building located in Bucharest, district 4. Formerly, the edifice was the seat of the legislative institution of the Romanian state: initially the Assembly of Deputies, later the headquarters of the Great National Assembly, after the events of 1989 the seat of the Chamber of Deputies, and then in 1997 the construction becomes the property of the Romanian Patriarchate. 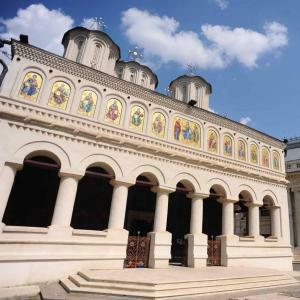 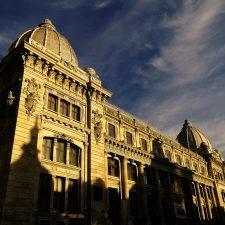 The museum appeared in 1970, as one of the first archaeological and historical museum in the country. The most famous treasures were brought here, first of all the precious metal ones, in the only public place where security and visibility could be ensured to the same extent. Also, a lot of other pieces of great archaeological and historical value have popped up in the exhibitions of the museum, to illustrate the history of that time.

The National Bank of Romania (BNR) is the central bank of Romania, the only institution authorized to issue money (monetary symbols). Its fundamental objective is to ensure price stability. In addition, the Bank elaborates the country’s monetary policy, regulates and supervises the banking system and manages the international reserves of Romania. 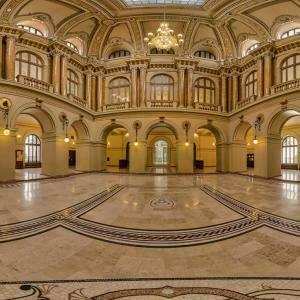 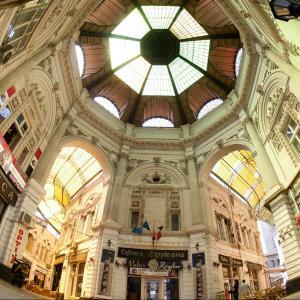 Macca – Villacross Passage is one of the most well-known Bucharest passages, built at the end of the 19th century, by architect Felix Xenopol.

The passage, being at the same time street, residential building and commercial space, was built between 1890 – 1891 with the purpose of linking the headquarters of the National Bank of Romania with the most intensely circulated commercial area of that time – Calea Victoriei, which is why this passage was called the National Bank Passage.

Cismigiu Park is the oldest and most elegant park in Bucharest, that covers an area of 14 hectares and is located in the center of Bucharest. The development of the park began under the guidance of the Viennese architect F. Meyer and includes a beautiful rose garden on the north side, a French garden on the west side and three lakes, the largest of which has an island and a boathouse, from which boats can be rented for crossing the lake. 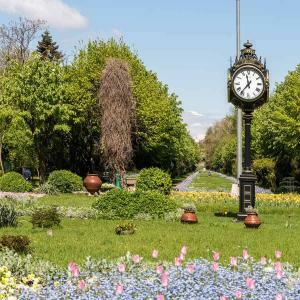